How Swimming Nature could help you

We teach beginners and train athletes. We build confidence in nervous first-timers and refine technique in competent swimmers. However old you are, whatever level you’re at, Swimming Nature can help.

Not only do we emphasise the mechanics of the four strokes, but we teach the how, why and what behind effortless, energy-efficient swimming, so with Swimming Nature, you’ll swim faster, better and in harmony with your body.

After two sessions with Beatrice, my fears have been replaced with calm, controlled love of being in the water, and I have actually begun to swim 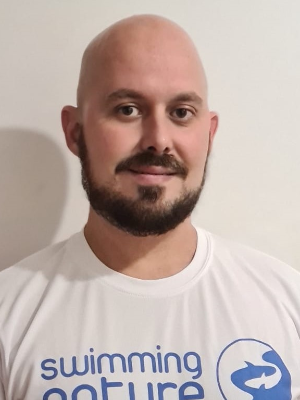 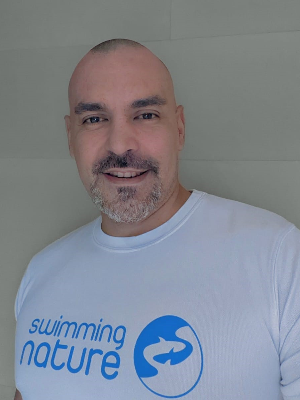 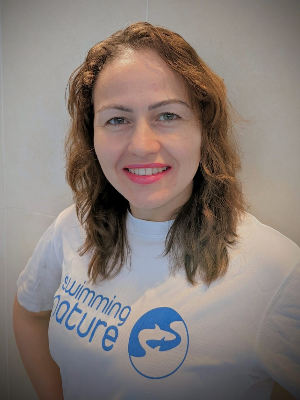 "When you are born and raised on an island like Tenerife (Spain) , swimming becomes your most common sport as well as a basic life skill."

Jose has been swimming since the age of four and he was involved in competitions during his teenage years in one of the top clubs at the time; Club Natación Teide.

Even though he have now stopped competing, swimming is still a major part of his life.

Jose took his first lifeguard certificate in 2003 and in 2007 he decided to become a fully qualified swimming teacher and transfer his passion to others. He says that there is nothing more rewarding than seeing how some of his pupils have made swimming a professional career.

Jose is also experienced with children of all ages as he have always been involved in charity fundations like Red Cross, S.O.S International Children Villages and Scout Movement as summer camp instructor, social mediator, activities' coordinator etc.

He is always looking to expand his knowledge and take on new challenges and to continue developing the next generation of swimmers.

Ruben is a fully qualified ASA Level 2 swimming teacher who has over five years experience. He loves working with children and adults and is always enthused about his teaching. He was a former backstroke swimmer and has won medals in competitive meets. He is passionate about teaching children to live a healthy and active lifestyle, teaching water safety and always combines his topics with fun and games.

Teaching swimming is his dream job as it allows him to what he loves best – the Swimming Nature way! He considers the methodology used to be really innovative and most importantly, it works producing a neat, stylish and effective swimmer. “Basically, the reputation and the methodology were the two main factors that attracted me to apply for this incredible company, doing so much for children and swimming. That isn’t available at other clubs”, he says. When not in the pool, Ruben likes to play tennis, workout in the gym or play football.

Vera is a fully qualified Level 2 ASA Swimming Teacher. She positively encourages pupils to learn to swim and this impacts on their lives in other ways, as learning to swim is all about having fun and being safe. She shows this by being passionate and caring and making sure pupils are comfortable and focussed when in class. For some years Vera had been a lifeguard and watched the Swimming Nature teachers taking the classes so it’s no surprise that she took to the teaching like a duck to water! Vera is an excellent swimmer and loves demonstrating the techniques to pupils. Ever ready to help them out if they need it but equally happy to let them go and experience the weightless feeling and joy that being buoyant in the water provides. A keen cyclist and runner she enjoys being part of a team of teachers committed to health and fitness.